I know, what a title isn’t it? It’s what today was like being out and about in our little town. Autumn and I  had a few things to pick up here and there. Oh my goodness, for a Wednesday the stores and the whole town seemed to be out shopping. I must admit it kind of made for some hearty laughing among us Twinnies! We seriously did some major laughing at the first stop, we just couldn’t help ourselves either.

Running into the local grocery store for a few things, what did we see? Well, the Easter candy being kind of fought over was a sight to behold. People are something else, aren’t they…Fighting over Easter candy. The husband and wife were not in agreement over the things going into their kids Easter baskets, the wife tugging the chocolate eggs and bunnies away from her husband! Hmm..The husband seemed to put up a good argument, but the wife was clearly winning. Anyway, Autumn and I ducked into the next aisle laughing like crazy. Sorry, we don’t know what the outcome was but we both were betting on the wife. That was the first example of shopping among fools, we saw a couple more and I will be happy to report so never fear. 😉

Next stop for us was the local drugstore for a couple of things, nothing Easter related for us. But… Oh no, a fight over Easter Baskets that had been marked down! Two ladies almost coming to blows over an Easter basket?! They were both wanting this certain one it seemed! Autumn and I had wandered down the parallel aisle and couldn’t help seeing this sight. We Twinnies also had a chuckle over pondering about the poor stuffed animals fate. Well, sorry to say…We headed off to the car before we could witness anymore Easter merchandise pillage! It really is somewhat pitiful to see such behavior, the holidays really can bring out the worst in people.

In driving around it was clear to see people were also forgetting their manners about being courteous drivers. Lots of hand gestures were in bloom as well…And no, they weren’t waving! 😉 It was clear, we were driving among fools, too! The last stop was a small speciality store, we Twinnies were picking up our favorite ice cream. I confess, it’s a guilty pleasure but this place makes the total best chocolate malt ice cream. The place was opened early for the season and Yay we spotted our favorite ice cream, grabbed a pint and headed for the check out. Look out, the place was suddenly packed! Again, people were in a hurry and some shoving broke out…Some guy thought he should be next in line. OK, so this was rather tacky but thankfully the woman he shoved in front of us let him go ahead. She was quite gracious, avoiding a scene….Once again either the holidays bring out the worst in some and this was an example of the best in others. 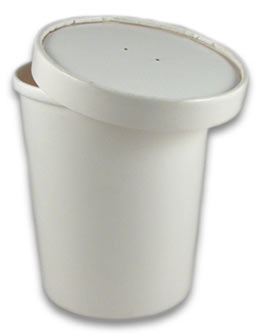 We Twinnies headed out and escaped the maddening crowds, home safe and sound and eating our ice cream! 😉 🙂

10 thoughts on “Shopping and Driving Among Fools”