Rollerskating not for the faint of heart! Autumn and I started rollerskating quite young actually. We took to it like little ducks to water. Perhaps it was the getting around faster on skates, than walking or running! 😉

Our first attempt on rollerskates, we were about 5 or 6 years old. Those first tries are a bit pitiful to write about, lots of falling, scraping body parts and lots of crying. 😦  We thought first time out we would be these little pros, that wasn’t going to happen! But we learned and we got  pretty good, if I do say so myself! 🙂 This particular event happened at about 8 years old, it’s a funny one indeed and why I feel compelled to tell it. Hope you all do enjoy it and get chuckle.

It started out an early spring day, got our skates on and ready to roll! 😉 We were joined by our favorite little boy neighbors Tim and Alex. Having gained our parents permission off we set to our neighborhood playground. It was a nearby school only a block or so from home, with huge stretch of open playground. Oh joy, we had the whole entire playground to ourselves this particular morning!

Lots of smiles and cheers were exchanged by us all. We first skated by ourselves for awhile then went off in pairs. Alex and I were the more subdued and cautious skaters. The same could not be said for Autumn and Tim, the two of them were out and out dare devils and risk takers! While Alex and I enjoyed making up our own special routines like we had watched on television. OK, I admit that may sound boring but we played it safe. Does that make us the boring pair, well not really right?? 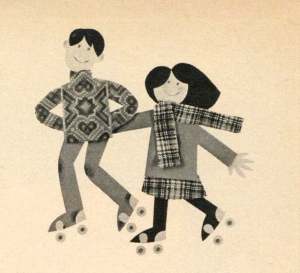 We watched Autumn and Tim as they got wilder and crazier, skating faster ans faster! Perhaps some might say those two were a menace to each other when paired up together. After all, remember the toad incident and backyard fun? 😉 Before we could stop Autumn and Tim off they went skating like wildfire to the forbidden hill! Alex and I tried yelling the crazy pair, they ignored us off course. Oh no, they were skating out of control and still holding on to each other’s hand. those two were flying!!

Well, Alex and I watched in terror and awe as Autumn and Tim  crashed! We got to the pair as quickly as possible, both scraped up badly, bleeding and both crying. They had landed in the grass, which was kind of fortunate. The not so fortunate part was Tim appeared to have a messed up arm. Yes it ended up being broken. 😦

Autumn had fared slightly better having landed better, she sported serious scrapes and her little finger looked swollen. No, it didn’t end up broken. 🙂 Alex and I ran home for our parents, I do mean running, we had taken our skates off. After Autumn and Tim’s bloody, sad scene we got literally scared out of our skates. Once home we rounded up both Dads, who had to take the wild pair to the ER. Well, they were each fixed up by the kind Doctors and sent back home with the Dads. 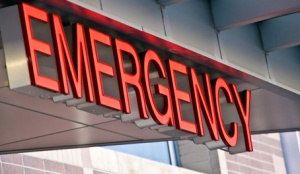 You guessed it the pair of Autumn and Tim were grounded by their own doing, for a few weeks anyway. What a lesson we all shared that day! After Autumn and Tim mended they did settle themselves a lot…So ends that day of rollerskating. 🙂 We all shared many more and I am also happy to report no more injuries! 🙂